We caught their fraud!

And in this post tonight — OUR FIRST OF MANY — We will reveal how they stole the battleground states!

The fix is in. The current results of the Presidential election in Pennsylvania reported to the public are fraudulent because they are statistically impossible. 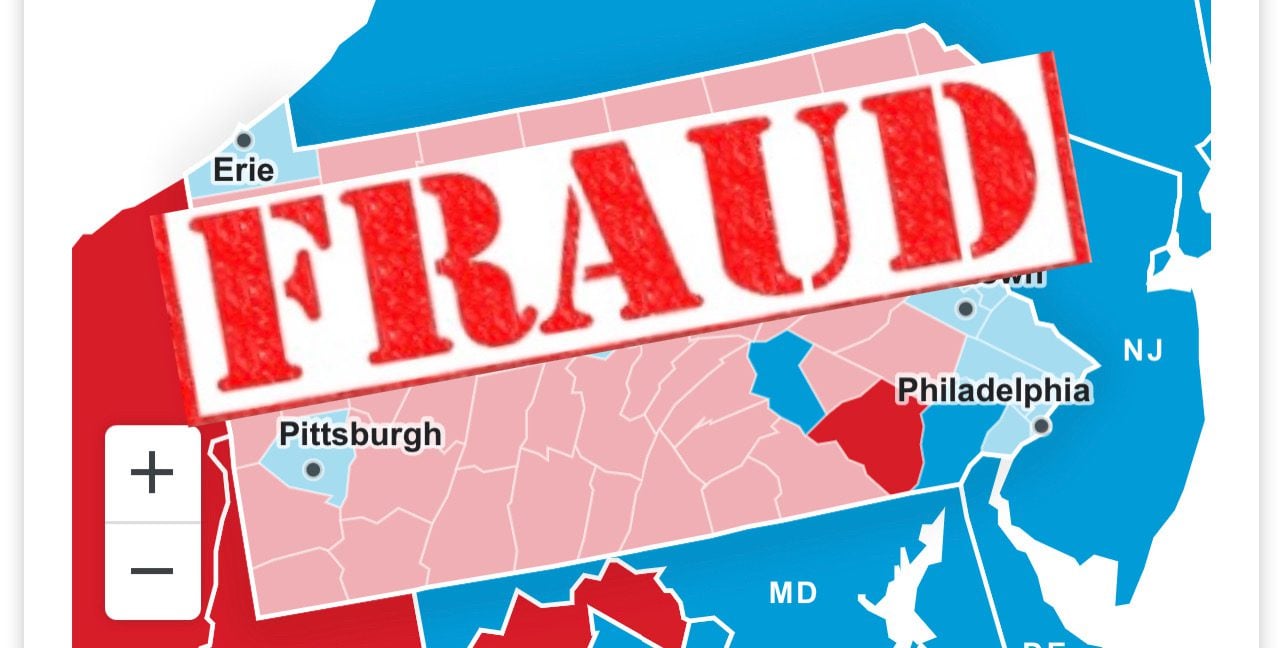 On election night President Trump totally ran away with the election in Pennsylvania.

President Trump was ahead of Joe Biden by nearly 700,000 votes! It was an insurmountable lead.

The President was still ahead in Pennsylvania with 56% of the vote to Biden’s 43% the next morning.

The President was winning Pennsylvania and held a 675,000 vote lead in the election over Joe Biden. What happened next was corrupt and criminal as the Democrats went about to steal Pennsylvania for Biden.

They took a Trump landslide and they criminally flipped it to Joe Biden.

According to Pennsylvania’s election returns website, on election day President Trump won nearly two thirds of all votes cast in the state.