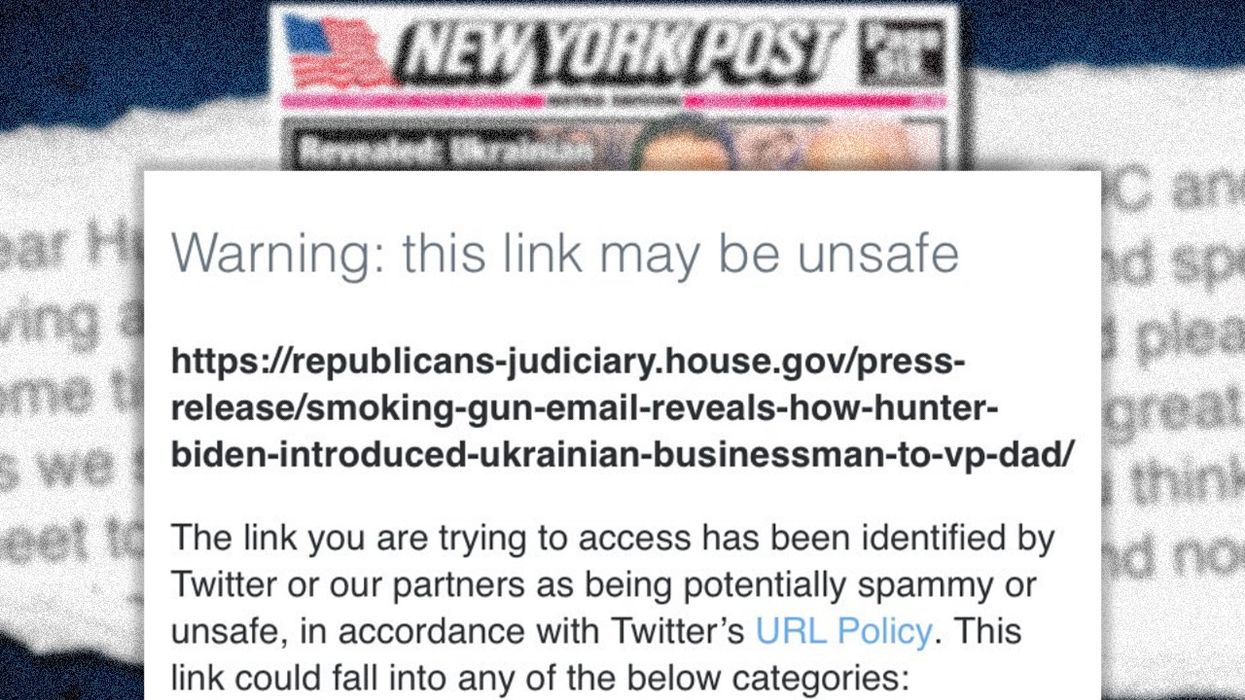 Where do you even begin? Yesterday, the NY Post broke a story about Hunter Biden that included an alleged email showing that he used his father — a current presidential candidate who was vice president of the United States at the time — to, at the very least, help him out with his business dealings. This is all alleged. The burden is on the Biden campaign to deny. Facebook, on the other hand, decided that it didn’t want you to see the story in the first place. Twitter of course followed suit, first blocking users from sharing the link, then blocking the NEW YORK F’N POST. And now, blocking the House Judiciary Committee Republicans from sharing a link that wasn’t even a NY Post link. It was a link from a government website.

The image on the left is what happens when you try to share the @JudiciaryGOP link & on the right is the warning you get when you click on the link. So @Twitter is not just blocking @NYPost it is also limiting the spread of a link from Republicans in Congress overseeing Big Tech.

Twitter, or a handful of progressive doucheburger employees from Twitter, isn’t just blocking a link from a website. It is blocking a link from a GOVERNMENT WEBSITE! Also, a website for the JUDICIARY on top of that. Had Twitter, Facebook, and the rest just let the story run its course, that would have been it. Now they’ve turned it into a bigger story, and at this point this includes future government actions against Big Tech. Because there is no more pretending who these companies are now.

I was someone who never really cared about Hunter Biden. I was also one of a dwindling number of conservatives who thought government regulating social media was a bad idea. That’s out the window.